Making the Most of It

St Jude’s largest alumni gathering was recently hosted at Smith Secondary Campus. More than 700 secondary students gathered to greet their predecessors, who are currently studying at university, working in their desired fields, or completing Beyond St Jude’s Community Service Year. Graduates were thrilled to reconnect with their former classmates, and equally honoured to share some wise words with younger students. Many of them are now only months away from taking their final steps outside St Jude’s gates and embarking on the future they have worked so hard to create.

“It was a wonderful day. We were not aware just how special it would be. An inerasable moment for students, graduates and teachers,” Glory, a Form 6 student, shared.

“It was fun hearing from graduates about their experience at universities. Various representatives gave inspiring talks to the whole audience, then we moved into smaller groups and had the chance to speak to people studying in fields that are of interest to us,” she added.

The event was especially inspiring for 26 new Form 5 students, who joined St Jude's from under-resourced government schools around northern Tanzania. For the first time, their eyes have been opened to future prospects.

Haruni, a graduate from 2016, offered a passionate call to action, rousing the gathered students and igniting the flame of school pride.

“Young sisters and brothers, let us study hard. Hard work is a bridge to a successful journey. We should always make sure that we never regret anything in the future. Tanzania’s development lies within the hands of St Jude’s students. Make sure the smile on your face never fades and let’s all meet on the mountain peak of success,” Haruni said.

Haruni studies Agribusiness and Agricultural Economics in Tanzania, as well as working part-time to gain experience.

Daudi, from the Class of 2015, spoke about the value of undertaking community service and nurturing one’s passions. After completing his Community Service Year, Daudi was granted a scholarship through Beyond St Jude's Tertiary program, which has enabled him to pursue tertiary education in Uganda.

“To see the program growing is exceptional. And the continued school spirit these young leaders wish to express is phenomenal. They really are reaping the rewards of their hard work and have taken best advantage of opportunities they received at St Jude’s.”

Would you like to give a Tanzanian student the opportunity of a lifetime? Sponsor an academic scholarship for one of our new Form 5 students and pave the path to a bright future. 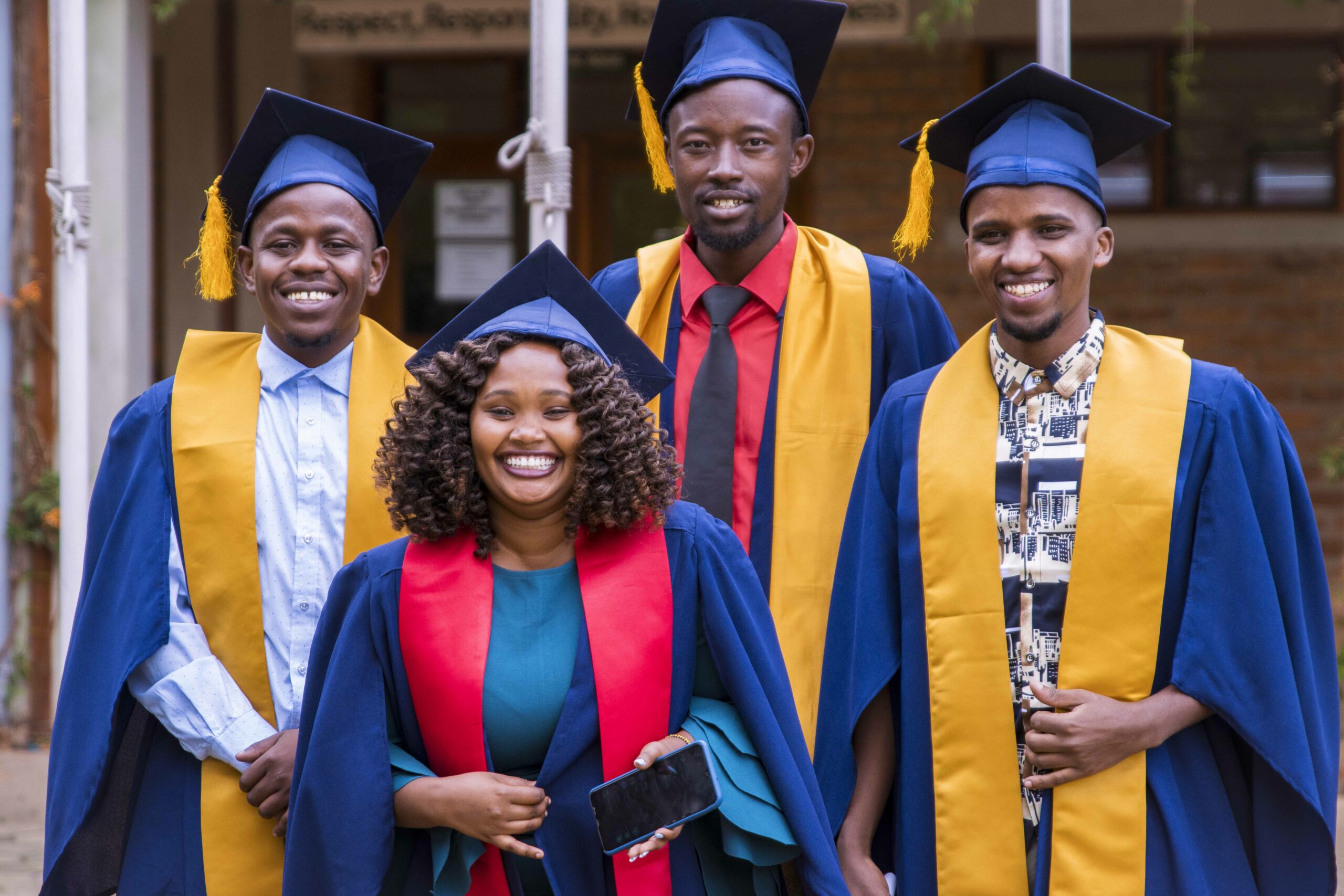