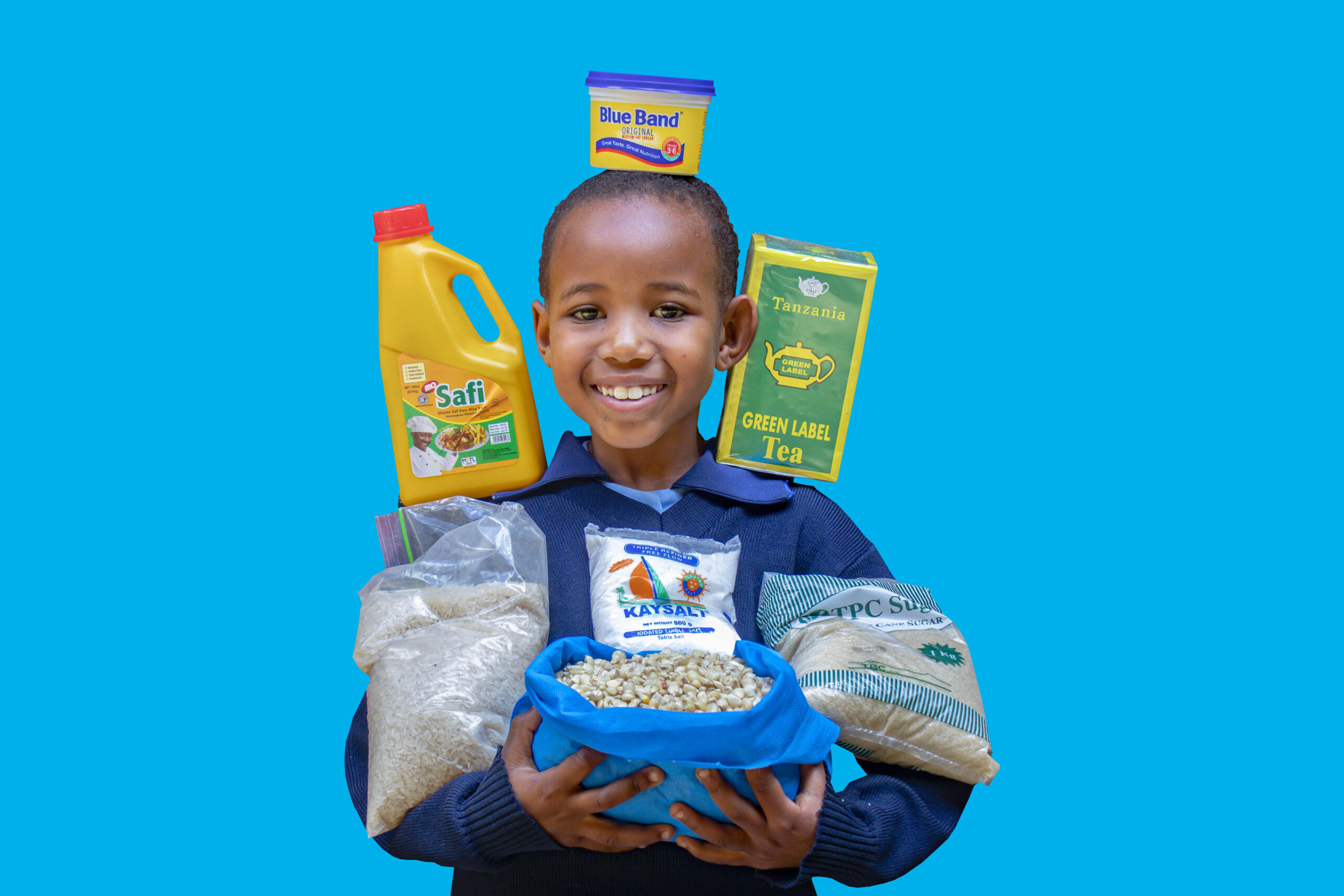 This October, St Jude’s students are doing their part to support our community by preparing 400 St Jude’s Day Essential Packs of staple foods! Each pack will include:

Why do elderly community members need our help?

Simply, the cost of living in Tanzania has increased dramatically this year.

Head Boy and Girl, Goodluck and Diana, explain, “The cost of some staple foods like oil, maize and beans have gone up a lot this year because we have a high a rate of inflation in Tanzania at the moment. There is also famine caused by drought in our neighbouring countries so these staple foods were being exported to them meaning there is not so much left here.

It’s a challenge for lots of people to afford food, but especially the elderly people in the community.”

What are students doing?

On St Jude’s Day, students will donate tea leaves, rice, Blue Band (a popular shelf-stable margarine) and soap, while staff will donate beans, salt, sugar and cooking oil. In order to include maize, a true Tanzanian staple, in each pack, they need your help! The students hope to prepare and distribute 400 packs.